Apple has just released the Bash Update 1.0, for OS X Mavericks, Mountain Lion, and Lion. The patch fixes the infamous “Shellshock” bug in the Bash shell. 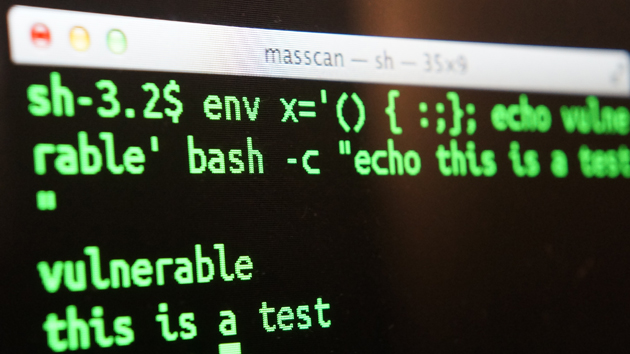 The update can be installed from OS X Software Update: for older OSX versions there are separate downloads for Mavericks, Mountain Lion and Lion.

There is currently no patch for machines running the public or developer builds of OS X Yosemite.

After patch installation, you can test your system by running this command from Terminal:

If you’re not vulnerable, you’ll get this result:

If you are still vulnerable, you’ll get: