Emil Kvarnhammar, a Swedish Security researcher has discovered a critical vulnerability in Apple’s OS X Yosemite, dubbed as “Rootpipe”, that gives hackers the ability to escalate administrative privileges on a compromised machine, and allows them to gain the root access. 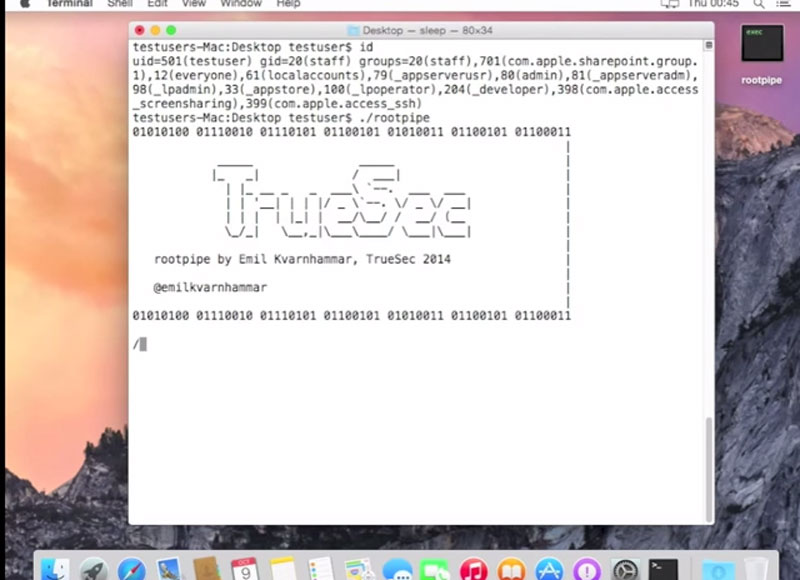 Kvarnhammar keep secret the details on the bug until January 2015, to allow Apple to make a patch:

“The current agreement with Apple is to disclose all details in mid-January 2015. This might sound like a long wait, but hey, time flies. It’s important that they have time to patch, and that the patch is available for some time.”

Details on the #rootpipe exploit will be presented, but not now. Let’s just give Apple some time to roll out a patch to affected users.

but posted a video on youtube showing the exploit: