Not only iOS is affected by annoying bugs (and stupid) that cause crashes and reboots with the simple insertion of a sequence of characters. 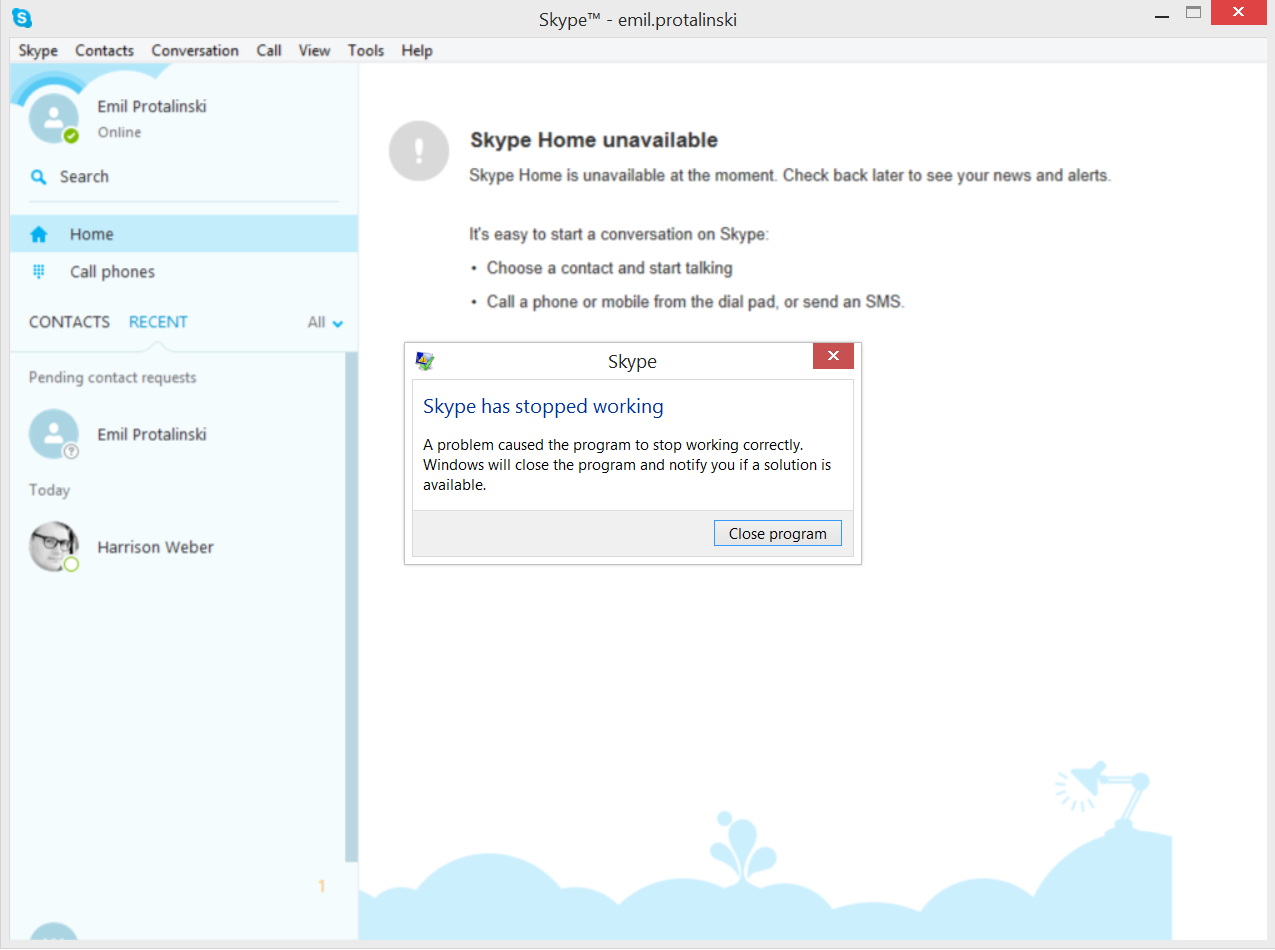 Today is the turn of Skype: users have discovered that sending the characters “http://:” (without the quotes) crashes Skype (also receiving a message with those characters), and makes it crash any time you try to sign in again.

The bug works on Windows, Android, and iOS. It seem to have no effect on Skype for Mac and Skype for modern Windows.

Venturebeat.com asked to Skype a confirm:

Update: Skype has confirmed the bug. “We are aware of the problem and are working to provide an resolution” a Skype spokesperson told VentureBeat.

This has already been fixed with the latest update to Skype.