After several years of rumors, Apple finally launched its ‘Virtual SIM’: pre-installed in the new iPadAir allow you to choose the phone operator to use for data traffic directly from the device. 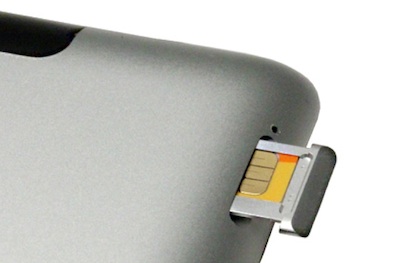 At launch the card supports AT&T, Sprint, T-Mobile, and UK carrier EE: even though Apple is still selling Verizon-compatible iPads, the US’s biggest carrier remains absent from the list.

One thing Apple is emphasizing with the SIM is that it can be used to secure short-term data commitments, rather than the regular monthly charges most cellular tablets generally assume. In theory, you can jump between carriers based on the one that’s offering the data you need for the price you want, and you never have to swap out the SIM card to do it. Apple is also playing up the ability to buy data from international carriers when traveling, though obviously the carrier list will need to expand before this is practical.

What could be the impacts on the telephone companies? And in the European market, “Apple Sim” will be adopted?

“this will be judged by posterity”